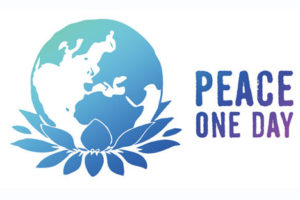 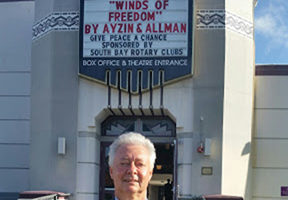 Peace One Day, a UN mandated organization which founded the Peace Day movement in 1999, will have an event this year in Los Angeles courtesy of the Rotary Clubs of South Bay as they present a screening of the Winds of Freedom Symphonic Multimedia Presentation, created by Alex Ayzin who also founded the Winds of Freedom Foundation. Peace Day LA will be held at the Hermosa Beach Community Theater on September 21 at 6:30 pm and feature a multimedia

event which celebrates life, teaches history, inspires peace and hopes for a brighter future. Rotary Clubs of South Bay is to be commended for their diligent efforts, in conjunction with WOF Dir. of Communications Pete Allman, in securing this fine facility for the only Peace Day event to be held in Los Angeles.

“Peace One Day has been behind our efforts to create Peace Day LA, but if it wasn’t for our friends in Rotary this event wouldn’t have happened. Rotary has a long history of peace activism and the South Bay group went out on a limb for us, I can’t thank them enough, we believe this association with Rotary will create the basis for annual Peace Day LA events with all kinds of activities,” says Alex Ayzin.

From the moment of conception, Ayzin always viewed this project as a “tribute to the human spirit in man’s timeless quest for peace and freedom” Raised in a naval family in the Soviet Union, Alex Ayzin and his whole family defected to the West in 1979 and Winds of Freedom was as much a response to his upbringing in a highly repressive society as to the outward events which pushed him to bring it to life. To underestimate the pain and suffering borne in this act of creation is to do the creator a disservice, for it was pure and simply an act of love.

Originally conceived as a full-length symphony, in the wake of the Chernobyl nuclear plant meltdown in Ayzin’s homeland, Ukraine, Winds of Freedom also became a response to world events as the Cold War went through its dramatic climax in the late 1980s. Debuted at Carnegie Hall in 1991, WOF was only recently transformed in to a moving multimedia event with video and still images highlighting an innovative classical score written by Russian composer, Emilian Sichkin. Winds of Freedom was the second symphony commissioned by Alex Ayzin, the first being Concerto for Astronauts as a tribute to those brave souls lost in the Challenger Space Shuttle explosion.